After a few weeks of blogging hiatus, it’s time to recap some of the highlights from this past summer on MARs. Despite off season training, many of our members managed to pack in a solid amount of running and racing, from Fun Runs to 5ks to marathons, on and off the roads.

Back in July, Erin Gaughan and Mel Mar traveled north to run in the Massey Marathon. In case you haven’t heard, this was one week after completing Ironman 70.3 Muskoka. Erin and Mel both finished in impressive times, 3:42:43 and 3:59:19, respectively, with Massey being the first full marathon distance for Mel. We are cheering them on as they prepare for the Hamilton Marathon in November, with a gentle reminder to exclude any sort of half ironman business from their marathon taper, this time around.

Coincidentally, that same weekend, a handful of other MARs women celebrated the off season in a different way, spending three days camping in Algonquin Park on #MARsisland. A huge thanks again to Reba and Darla for skillfully organizing this trip. We look forward to even more women joining us next year (assuming we make it past the access point, given that our two fearless leaders are most likely taking a well earned sabbatical).

July and August also saw four themed Fun Run Events, presented by The SportLab, that were a great success. Thank you to Lake of Bays Brewery for supporting the Fun Run Series and thank you to all of those who participated!

Fast forward to September, MARs had a strong representation at the Ragnar Trail Cottage Country, held at Hardwood Hills. This was the first trail Ragnar Race in Canada. A total of 24 runners on 4 teams participated, an impressive turnout coming from (mostly) our small town. Congratulations to the two ultra teams, MARs, Attacks! and Red Planet Runners, on taking the win in their respective divisions.

While some MARs members were racing the trails, MARs member Mark Wilding traveled to the Erie Marathon, running a 3:29:14, earning himself a Boston Qualifier. Way to go, Mark!

Last but not least, it has been decided that MARs President, Pierre Mikhail, made his ‘post-injury racing debut’ at the Terry Fox Run this past Sunday (just don’t tell him it was actually 9.6 km, not 10…). We have warmly welcomed Pierre back to morning workouts, along with his unmistakeable banter, and look forward to his rumoured return to Cross Country this fall.

Regular Tuesday and Thursday workouts continue at 6:15 am along with varying Sunday long runs. Be sure to check TeamSnap for specifics. Cross Country Season is also upon us and we are excited to see what it has in store for MARs. Contact Pierre or check the website for more details. 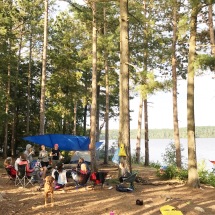 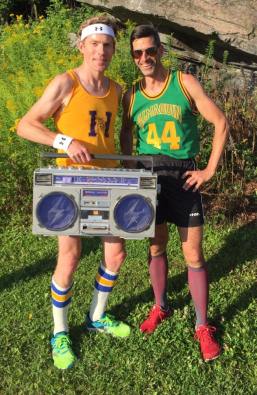 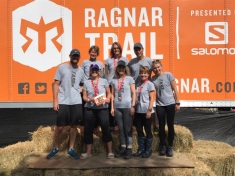 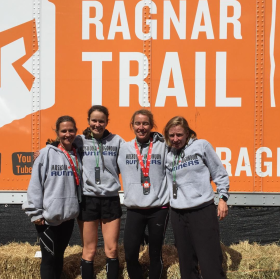