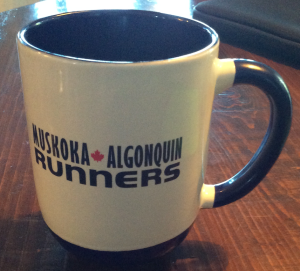 It’s cold on MARS…..really, really cold.  So cold that even the President considers not coming out.  The problem is MARS is full of crazy runners coming out in the dozens now for morning workouts….ok, maybe not dozens but definitely dozen!  And on top of that there’s a runner (Jess) who wakes up at a time that has “a number that starts with a 4” to come to morning runs from Rosseau.  In addition, some runners who start work early have been showing up 15 minutes early to get a good warm up in.  They make the president and two VPs look soft.

On Tuesday this week, MARSians braved -32C to do a Fartlek/Tabata workout at 6:15 am.  Handsome Roger decided that instead of yelling “on” or “off” to signal the start/end of an interval, instead we should scream “Walker!”….he’s been watching a little too much Walking Dead.  Today, MARSians did some pretty brutal hill repeats at 6 am in -25C behind the Summit Center.  Join us Sunday for our long run (30K this week) at 7:30 am at Pierre’s house.  Run less if you want/start later and meet up with us for coffee/snacks/sauna/hot tub after….

As we head into February, the workouts will slowly start funneling toward the specificity of racing, with a slow build up of the volume and quality of harder running.  We will be ready for spring races.

A reminder to renew/get your MARS membership before the end of January.  Anyone currently accessing TeamSnap to look at training schedules and posts who isn’t a member by February 1 will be removed from TeamSnap (and added back after they get a membership).  Consider making a donation to the club if you feel you can manage it. After we pay the Athletics Ontario fees, Square fees and Bank fees, we have about $1 per membership for the club!  Membership forms are available at the website to download.  Hand in your forms and make payment at The SportLab.

The Chilly Hilly Half MARSathon is Sunday February 22, just one month away.  It’s a great way to get a hard/long race-type effort in before Around The Bay or other spring races.  The cost is $15 for MARS members and $20 for nonmembers.  Bring CASH ONLY (exact change) on race day.  Pre-race payments will happen from 08:30-08:45 am at Pierre’s house….the start is a short 5 min warm up from the house.  The course is a Chilly Hilly out and back with the last 2K downhill!  You will NOT be permitted to run with us without registering online at https://www.webscorer.com/register?raceid=33661 (sorry, WordPress hyperlink not working!).  The first 30 registrants will get a free MARS Limited Edition Coffee Mug.  The deadline to enter is Feb 20 at 11 am with NO EXCEPTIONS.

For those you putting in a lot of winter miles, it’s time to talk injuries, courtesy of Mark Remy of Runner’s World.  Here’s what Mark has to say about some of the less commonly known injuries:

What is it? Bruising on and around the lower jaw, after it hits the floor. Usually seen in patients who have just noticed a major marathon’s registration fee.

How do I treat it? Ice. In a glass. With whisky.

How do I prevent it? Administer the above treatment before registering. Note that larger runners or hashers may require a larger dose.

What is it? Bleeding from one or both nostrils after running face-first into a tree, lamp post, or vending machine while checking yourself out in the reflection of a storefront window.

How do I treat it? Gently pinch the nostrils shut until bleeding stops.

How do I prevent it? Unknown.

What is it? Intense pain in the shoulder from straining to pat yourself on the back too often and/or too vigorously. Seen mostly among marathoners and triathletes.

How do I treat it? Ice packs and a dose of humility.

How do I prevent it? Before patting yourself on the back, warm up with 10 minutes of gentle bragging and a few easy stretches.

What is it? A loss of muscle function resulting in immobility as one stands before a wall of running shoes at a specialty running store.

How do I treat it? Eventually, possibly when you wet your pants, a sales person will notice you and ask if you need some help. If you are unable to speak, you may be transported by dolly to another nearby running store. You’re their problem now!

How do I prevent it? Never buy new shoes again.

What is it? Another form of paralysis, this time affecting only the eyes, which remain “frozen” in a fixed position looking straight ahead. Usually this occurs from trying too hard, or for too long, to avoid eye contact with fellow runners who might smile at you or say “hello.”

How do I prevent it? Just look at other runners once in a while. Cripes.

What is it? A contusion of one’s pride. Caused by any number of things, but predominantly by being passed by someone under the age of 14. Or over age 60. Or by someone, of any age, wearing a tutu.

How do I treat it? See: Chin Contusion.

How do I prevent it? Train harder, you slacker!

What is it? Spasms in the glutes and surrounding muscles caused by prolonged squatting inches above a porta-potty seat so as to avoid making skin-to-seat contact and risking a case of cooties.

How do I treat it? Walk it off.

How do I prevent it? Risk a case of cooties.

What is it? An abrupt spike in blood pressure, usually caused by being directly behind someone in a race who stops dead in his tracks after grabbing a cup of water at an aid station.

How do I treat it? Seethe. Also, have a cup of water.

How do I prevent it? Run with the elites whenever possible.”
See you on the roads.